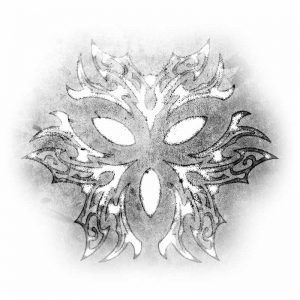 Borænin had long since left to seek out the Silverthorns. To put an end to all of this absurdity. He had asked her…asked! Not ordered, as everyone else had always done before. Such a difference from everything she had known in her life. He asked her to wait while he dealt with it. And so, Sellynna had the bath refreshed and she soaked, replaying the past hour in her mind.

They had been sitting on the grass, the Hierarch joking about how he would have had her in his bed some time ago, if he hadn’t set those rules for himself. They even role-played out his fantasy of her arriving in his chambers wearing only her tabard. He pretended to not really know her and “inspected” her form. She played the role of the shy Novice for him, and they had been having a good bit of fun with it all.

That was, until something changed. His wording changed and caught him off guard. He called her “My Novice” while continuing their game. She had just begun to move to the next set when he froze. He grabbed at her, clinging her close as his whole body trembled. “My novice,” he had whispered. “My dearest, my Sellynna..” He buried his face in her hair, his breath coming in rapid bursts.

Concerned, she held him gently in her arms. “Borænin, dalah’surfal, what is it,” she asked softly, stroking his hair.  “What’s wrong?”

“I’m sorry, I spoiled our little game,” he said quietly.

“It’s nothing. A game, dalah’surfal. I care far more about you than I do a bit of silly what ifs.” She gently kissed his forehead, waiting.

His body calmed and he looked up at her, smiling. “It was a lot of fun though.”

He grinned at her, tracing her lips with the tip of his finger when he stopped and blinked. “Wh-what did you call me?”

Sellynna’s cheeks and ears flushed a deep purple almost immediately. “I…I um…” she stammered. “I’m sorry. It was too much.”

“Is it the truth?” His normally sonorous voice had been reduced to a bewildered whisper. “Am I…that?” He stared at her face wonderingly. His eyes took in the slight curl of her tendrils, the way she had pulled her lips inward in an attempt to hold back her own nerves.

Sellynna held his gaze for as long as she could, but her own insecurities drew her eyes down to look at her feet. “I have been trying not t-to say too much. I didn’t want you to think I was pushing you.”

His hand came up, his fingers caressing her hair. “My Sellynna,” he whispered. He took a deep, carefully measured breath. “The words, they are very hard for me, Sellynna. Those words have not left my lips for many centuries.”

She touched his face lovingly. “You don’t have to say it, dalah’surfal. Just know that for me, it is the truth. That is enough.”

He placed a finger to her lips. “Please. Let me speak.” He waited a moment until she nodded. “I left behind…a life, a world. A life of privilege and power. I gave all of it up. Accepted exile, and very probably death.” He looked deep into her eyes, wanting to be certain she understood the depth of his meaning. “For you. All of it, simply to keep his hands off of you.”

Sellynna’s lower lip began to tremble and tears formed in her eyes, catching, so far, on her lashes.

“I didn’t do it to make some grand gesture, to be a rebel, to save worlds.” His voice grew tender, earnestly carrying how he truly felt. “I did it to save you.” He held her gently when she laid her face on his chest. “You are what is most precious to me,” he whispered. “If I cannot yet speak the words, just remember all of that. I beg you.”

“I will remember,’ she promised. Her tears tumbled free, falling hot on his skin, cooling quickly as they ran down his stomach. She took a few shuddering breaths, trying to find her calm.

“My dearest, what is wrong?”

“Nothing is wrong, my love. Nothing at all,” she said, her voice cracking slightly. “I don’t know what I did to deserve this. But I would do it again, and again, to be here in your arms.”

The Hierarch wrapped her in ever tighter embrace. They remained there for an untold amount of time, each allowing the other time to center themselves and process.

She lifted her head to kiss his cheek. “I would have done it, you know,” Sellynna admitted, breaking their quiet introspection.

He tilted his head to the side. “Done what?” Leaning back in his chair, he watched her carefully.

“Let him have me,” she answered. “If it meant he stayed calmer and it kept you safe. I would have endured it all, so you could live.”

“I would rather have died.” Borænin gathered her hands in his own. “I could not have survived it, Sellynna. Seeing his hands on you would have killed me. Because -” He stared deep into her eyes. “Because I would have tried to kill him.”

Her breath caught in her throat. “But you barely knew me. How could it be that you could feel so strongly? I…I have been worshipping you for years now,” she whispered. She squeezed his hands tightly. “But you, you have only known me for a short time.”

“I don’t know.” He shrugged. “I only know that it is real.” Because I have been watching over you for such a long time.

Sellynna laid her head back down on his chest. “I’m glad we are here.”

The man cleared his throat. “I..uh…I hope you know…I never did anything like what we acted out today.”

She chuckled softly. “Well, I know you didn’t for at least the last few years.”

“I mean with anyone.”

He shook his head. “Never. I’ve told you, I could not give him leverage over me.”

“You could have done so without repetition,’ she replied.

“That is not my nature.” He smiled faintly. “All this being said, after doing this today, I rather wish I had made the time for you.” He leaned down and winked at her.

She laughed brightly. “You aren’t the only one.”

“Would you have been so eager?”

She covered her face to hide the blush that was filling her cheeks. “You do understand that had I been summoned for that, I likely would have teleported to the bath, right? And I cannot use magic. But for that? Shit, yes, I would have been that eager.”

Borænin sat there, chuckling. He gazed at her, shaking his head. After a moment, he gave her leg a gentle pat. “Well! It is time to clean up, my dear. I think it is now time for me to pay our new friends a visit.”

“Shall I join you?” She rose from his lap and moved to retrieve a clean washcloth for him.

“Would you allow me to take this part on alone? Stay, rest, I will return soon,” he said softly. He stood as well, accepting the cloth from her. He cleaned some of the sweat away and began to dress.

The memory faded as she popped the last of the bubbles. The water had cooled and she took that as her notice to climb out. Best dress yourself and be presentable when he returns, she thought. Wrapping a towel around herself, she shuffled back to the bedroom to prepare for whatever was to happen next.